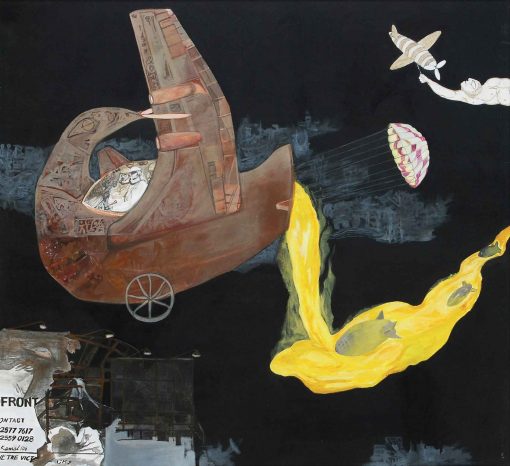 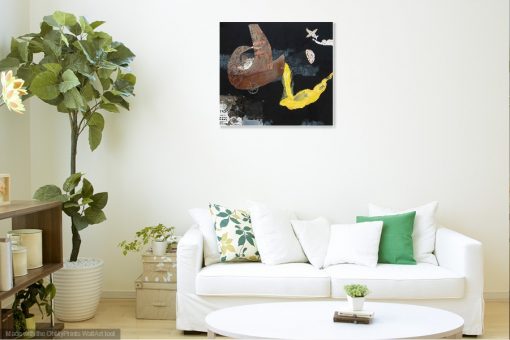 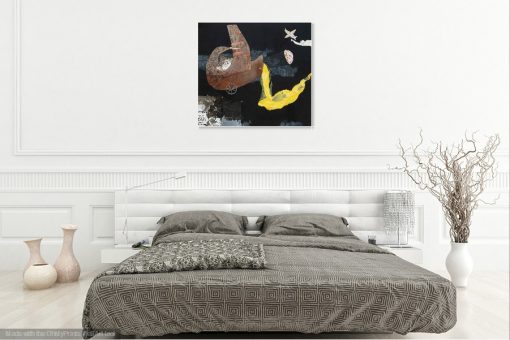 This painting has touches of Surrealism and is a treatise against war. War here has been depicted in the form of an airplane which leaves behind its debris of destruction. Even the darkness and the void is rife with destruction and we humans are petty beings at the hands of war- running after it and also away from it, holding the white flag of peace, desperate for some respite.