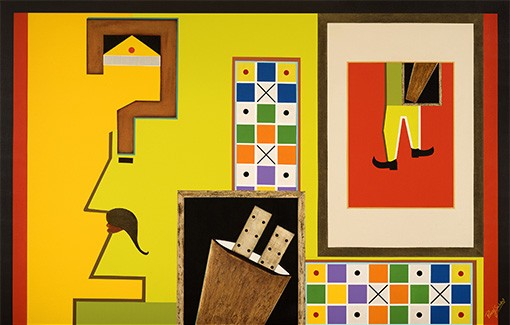 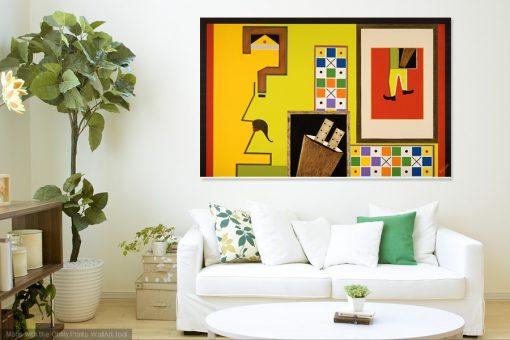 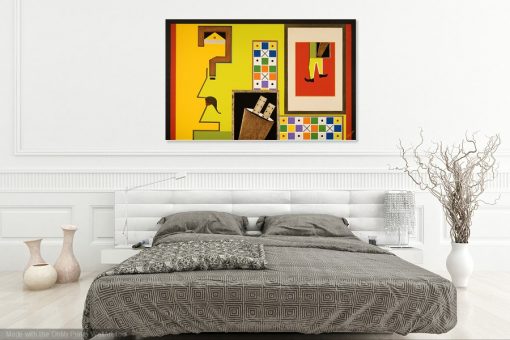 The Artwork depicts a figure of a man (Shakuni) with a female’s (Gandhari) face (within Question mark symbol) on his mind  (which shows his grudge for Bhishma on whose insistence his sister was married to the blind prince Dhritarashtra). The Dice in the Quiver(shown instead of Arrows because they were used by him as his weapon) represent his war strategies and the trump card to win over the Pandavas. The unequal Legs depict his being Lame & a Crafty man.