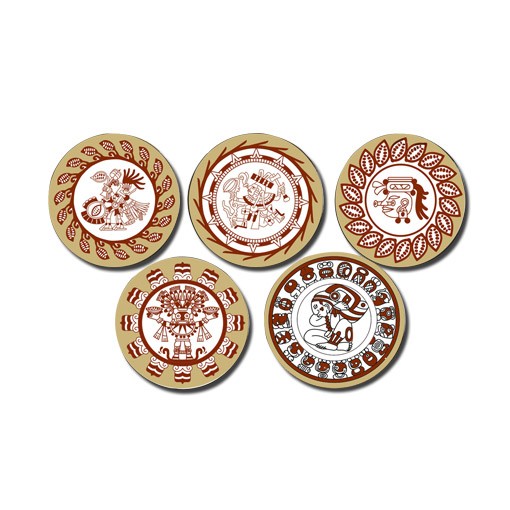 Exquisitely hand painted set of 5 Inca Wall plates.
The Inca Empire also known as the Incan Empire and the Inka Empire, was the largest empire in pre-Columbian America,and possibly the largest empire in the world in the early 16th century. Ceramics were painted using the polychrome technique portraying numerous motifs including animals, birds, waves, felines and geometric patterns found in the Nazca style of ceramics.
For all the wall plates, organic paint has been used to colour them. These colours have a matt texture, and may bleed if they come in contact with liquid. Hence, buyers are strongly advised not to wipe plates with a wet cloth. All plates should be lightly dusted.These should not be used to serve food, they are to be hung on walls for purely decorative purpose only. All plates are wall hanging and come with an attached fixture at the back.
Although all efforts are made to create identical plates to that of the images published on the website, there could be minor shade differences, as all plates are individually hand crafted and painted when an order is placed.