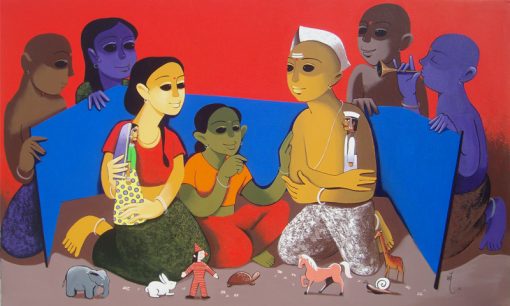 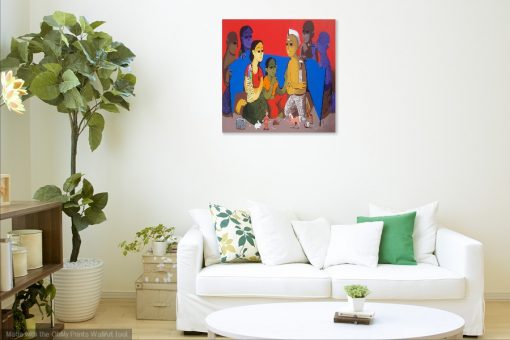 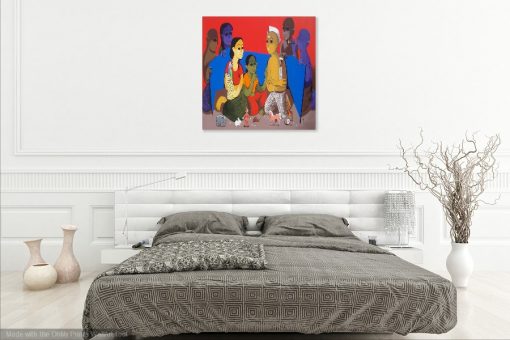 The artist depicts a game played by children called ‘Marriage Ceremony’. The roles are segregated based on the aspects of the characters being portrayed by each child; hence there is a rare unification of opposite genders in a rural setting. The game comes from the artist’s childhood when he played along with his friends of both genders without fear of exclusion. The toys depicted in the foreground represent his memories.