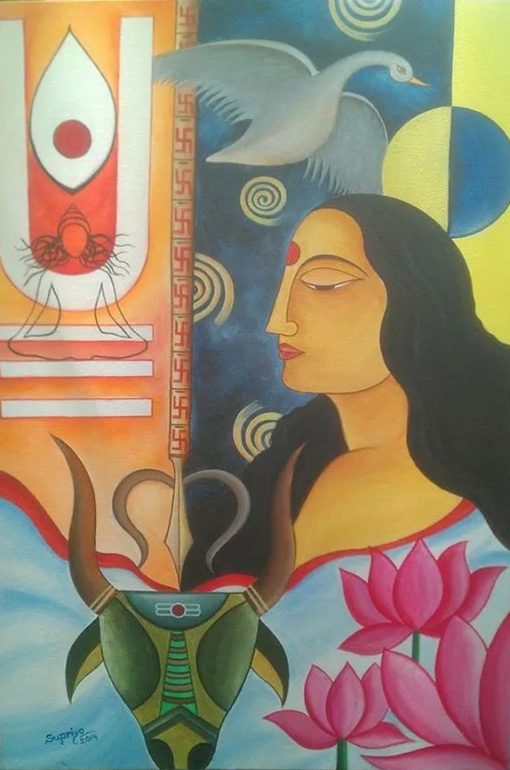 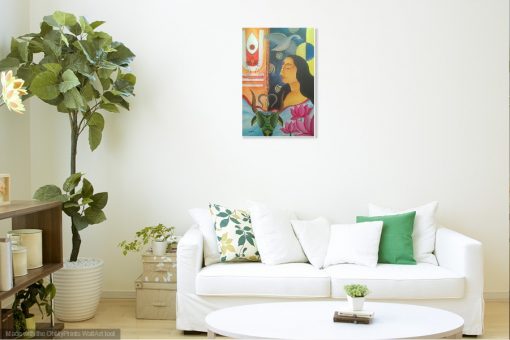 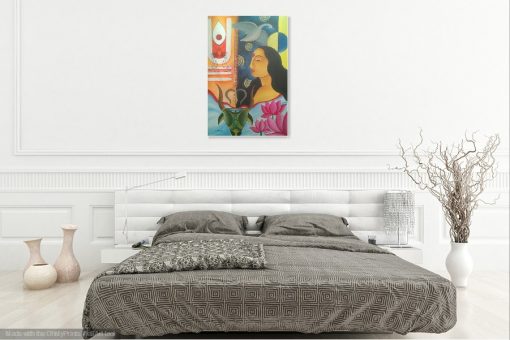 The artist believes in representing his ideas in a flow through several paintings instead of focusing his idea on one single artwork. Thus, the Mokshya series is a representation of the Goddess Durga and of the feminine power of the universe- the “Shakti”. The entire mythological treatise of Devi Durga is portrayed in the paintings through various imageries like the killing of Mahishasur in Mokshya 1,the presence of the trishul in Mokshya 2 and the representation of Ganesh in Mokshya 3. Another dominant feature of the entire series is the presence of Lord Shiva in all the three paintings- which the artist interprets as the epitome of the male energy of the universe which balances the feminine energy. Thus, the paintings also illustrate the basic principle on which the entire cosmos functions- the adequate balance of the male and the female, the yin and the yang.