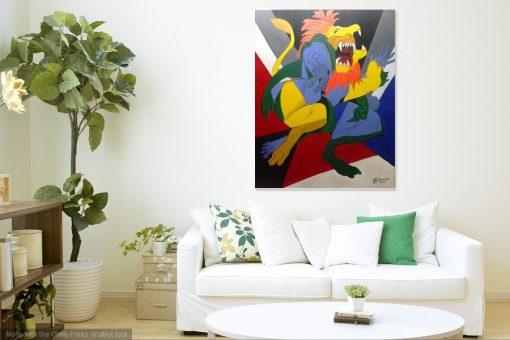 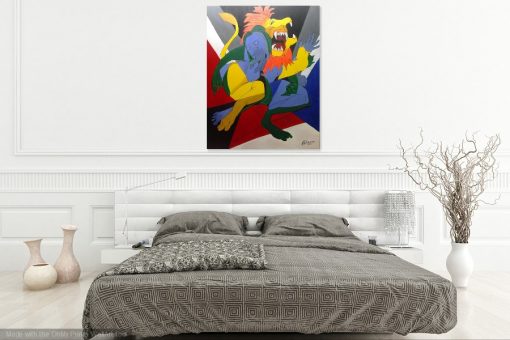 Narasimha, the half-man/half -Lion appeared in the Satya Yuga. The rakshasa Hiranyakashipu was granted a powerful boon from Brahma, not allowing him to be killed by man or animal, inside or out, day or night, or in earth or the stars, with a weapon either living or inanimate. Vishnu descended as an anthropomorphic incarnation, with the body of a man and head and claws of a lion. He then disembowels the rakshasa at the courtyard threshold of his house, at dusk, with his claws, while he lay on his thighs.