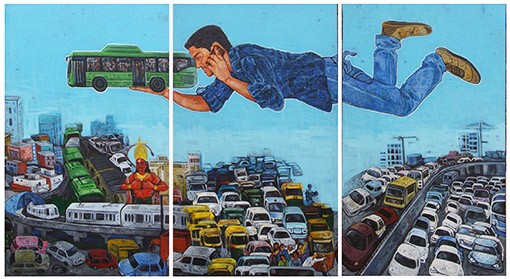 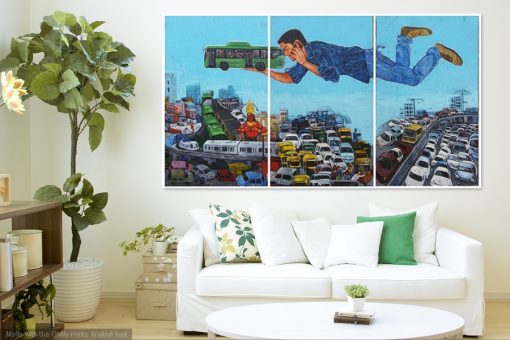 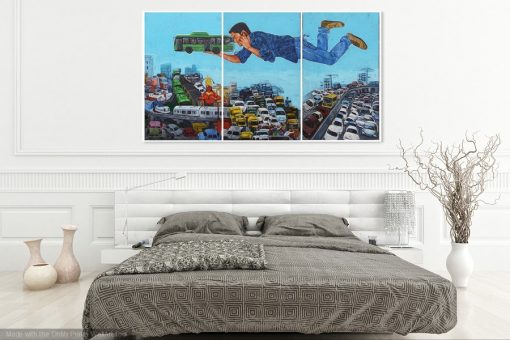 Living and working in the city Delhi, his understanding of the nuances and surveillance of life in the city are much reflected in his works. For instance in one of his work ‘Journey’ he had depicted the tussle and hassle of a common travelling by public transport like the DTC bus in Delhi. His works highlight the conflicts and crisis of living in a capital city, they also tads on issues of displacement, dislocation and rural migration resulting into a swarming metro.